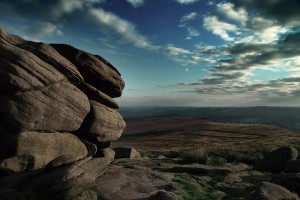 Distance to The Peak District:
15 miles

The Peak District provides opportunities for many types of outdoor activity. An extensive network of public footpaths and numerous long-distance trails, over 1,800 miles (2,900 km) in total, as well as large open-access areas, are available for hillwalking and hiking. The many gritstone outcrops, such as Stanage Edge and The Roaches, are recognised as some of the finest rock climbing sites in the world.

The picturesque village of Castleton, overshadowed by the Norman Peveril Castle, has four show caves, the Peak, Blue John, Treak Cliff, and Speedwell, and is the centre of production of the unique semi-precious mineral, Blue John. The small village of Eyam is known for its self-imposed quarantine during the Black Death of 1665.

Some of the area’s large reservoirs, for example Carsington Water, have become centres for water sports, including sailing, fishing and canoeing, in this most landlocked part of the UK. Other activities include air sports such as hang gliding and paragliding, birdwatching, fell running, off-roading, and orienteering.
Source: www.wikipedia.org